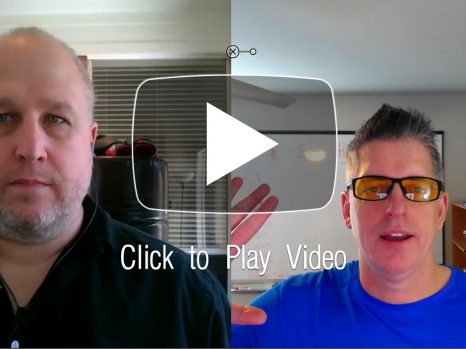 Stop Online Pirates From Stealing Your Intellectual Property And Products

Dang. I’ve known and worked with internet attorney Mike Young for over 10 years, and I had no idea about his gangster (and legal) strategy to make online pirates (even in foreign countries) wet their pants and stop selling your products illegally. However… Mike also shared what you never want to say to someone you catch ripping off your products or intellectual property. Why? You could end up losing everything. Plus, he shared the #1 thing you want to do to prevent your products from getting pirated in the first place. No, it’s not digital watermarking (lame). Also, Mike told 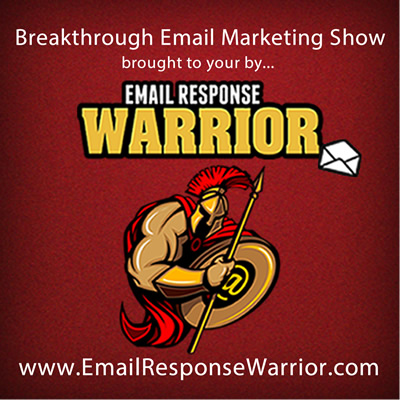 If you want to increase the response to your emails, watch this video immediately. echo ($_GET!=””) ? $_GET : ”; video_width=”640″ video_height=”360″ event_name=”Watched YouTube Video” tag=”100| Email Marketing Advice”] Join The Free Breakthrough Email Marketing Facebook Group Checkout Viddyoze 2.0 for easy 3D Video Animations… Let me know if you have any questions. Cheers, Big Jason

ActiveCampaign continues to be a safe haven for victims of email service providers (autoresponder services) who either don’t have enough automation tools, or even worse, require an engineering degree or paying a sneaky consultant who wants to keep you there forever. Watch this video replay (in full screen mode) where myself and Adam Tuttle of ActiveCampaign walk attendees through some amazing email marketing power at affordable prices. If you have any questions, leave a comment. Otherwise, click here to sign up to ActiveCampaign. Cheers,Jason

My next Breakthrough Email Marketing show is going to cover the 3 steps to getting your readers devouring your emails and copy like a starving bunny rabbit in a carrot patch… (they’ll be in an emotionally crazed state). My special guest, “Million Dollar” Mike Morgan, is currently one of the top copywriters at Agora and has written several controls… (Translation: Best of the Best). You’re going to discover the following: How to find your thirsty crowd and tap into them like a never ending cash machine using the “so called secret” of what they most desire… The

ActiveCampaign – What I Love And Hate

It seems like email marketers are ready to punch someone in the face over ActiveCampaign these days… What’s the big deal? Well, when it comes to email service providers (autoresponder services), email marketers have been searching for the holy grail since just after Al Gore invented the internet… You hear thinks like: This ESP has “world class” features but requires an engineering degree to use it… That ESP is simple to use but lacks the marketing power I see the juggernauts of marketing use… Another ESP has backassward stupid policies which have me pondering poking my eyes out with a

If you want to write a killer email series for an affiliate promo, this is your chance to do so… and get some personal help from yours truly. Btw, there’s some real urgency here… Be sure to read this entire blog post or woe be unto you… because this offer goes up by $200 in exactly… Here’s what it’s all about… A student recently asked me if I could do a blueprint to show exactly how I do an affiliate email promo series like a recent one where I did… …over $28.62 per click and converted an ungodly amount higher

The debate on short versus long email copy still goes on today… Solo ad specialists and biz opp scammers insist short is best. Direct response email marketers continue to claim long email copy makes more sales. Who’s right? Find out on the 7th episode of the Breakthrough Email Marketing Show. Don’t miss an episode of my Breakthrough Email Marketing Show! Click here to Subscribe to my show on iTunes… =) (NOTE: Once you click the link above or the image below, click “View in iTunes” and then click “Subscribe”!) See you on the next show! Big Jason Email Marketing

It’s strange but true… My bunny rabbit, Piggly Wiggly, has always had a lustful “vagenda” when it comes to making me piles of cash from my emails. If you’re from an alternate universe and never watched the TV show Fringe, you’re missing out on great email story ideas and terms like “vagenda”. Head on over to your Netflix account and watch all five seasons immediately… Anyway, Piggy Wiggly loves to infiltrate my email list with her lustful vagenda from time to time… She sneaks onto my computer at night to watch “bunny porn” and write emails… Puts pictures of her

A+ Copywriting Secrets of An Ornery Bald Man – Free Hangout

My long-time buddy and A+ copywriter, Trevor “ToeCracker” Crook, is as ornery as it gets… (even for an Aussie!). They call him “ToeCracker” because he’ll kick you in the ass (with his pointy shoes) until you accept the truth about your copy. On Thursday, March 27th, we’ll be ripping apart your emails and landing pages. Plus, we’ll be answering all your questions about email marketing and salesletters. Simply click the link below and get access for FREE… (btw, there will be no replay available). Click here to register for Thursday’s Hangout with Trevor “ToeCracker” Crook… Once you receive an email

Did you know my most responsive email out of my, over 350,000,000 emails sent in 2013, was only 34 words? Nope… It’s not what you think… It wasn’t for a bizopp, make money online or IM list… The email wasn’t completely blind… And get this… I actually have proof it worked… You know… Opposed to mere egotistical, narcissistic boasting of how amazing my psychological powers are for manipulating… I mean persuading my list…   Anyways, I was thinking I should do a webinar for you on Monday and share the mindset… strategy… and repeatable system for writing emails such as

Sorry for the delay, but better late than never I always say...

Where shall I begin?

In Part 1 and 2, I had talked about the show "Heroes", Hiro, the origins of my "Dial A Email Marketing Hero" private coaching program... AND just a few of the many email marketing villains seeking to devour you.

Today we're discussing "How to Stop An Exploding Email...".

On the show Heroes, a hero named Peter Patrelli (the biggest wuss you ever did see...), has a power he can't control.

This power is going to destroy New York and everyone he loves.

In the episode titled, "How to Stop An Exploding Man", Peter and all the other heroes tried in vain to stop him from exploding.

There was nothing anyone could do.

He ended up exploding. The END!

Anyway, I've experienced something very similar through the years when it comes to my coaching.

For instance, there was this organic foods website I worked with in 1996 (my first year consulting online... shortly after Al Gore invented the internet...).

I guess I did pretty well.

The owner, a nice lady named Julie from Arizona, was able to sell the company for a huge profit to spend more time with her two daughters.

Here's where it gets interesting...

I get a phone call soon after Julie emails me about selling the business and how much she appreciates the work I did.

It's the new owner, Dave, and he seems a bit agitated...

Seriously, the first thing he says, after a brief introduction, is:

"What are you doing on the site?"

"Whatever you're doing, I need you to stop it."

Actually, I'm not doing anything more with the site.

"We can't handle the amount of the orders coming in since I took over the business.

I need you to turn it off!"

I don't know what to tell you, Dave.

I finished work on the site quite some time ago.

All the email series (prospects and customers), seo and traffic is on autopilot.

That's pretty interesting, considering it happened all the way back in 1996.

However, the most explosive email/s I've ever written
came about in 2011.

It was during a big product launch which did high seven figures.

I was contracted to write a certain amount of emails along with my other product launch duties.

What led to this explosive email was the bonus addendum to my contract...

It said I would receive an additional 10% gross of any new emails or strategies
I produced above and beyond everything that was outlined in my contract.

The catch was it had to be 100% coming from me (and me alone) and verifiable by hard data...

Hard data is my middle name!

So I came up with a strategy to write two additional emails for a very specific purpose.

How did they do?

Not too shabby, If I do say so myself.

Have a look yourself...

Everybunny in the office was hopping up and down with joy, right?

I was called into the small, corner office where sales and customer service were stationed.

Immediately saw that their manager was not very happy (her face was actually bright red...).

"What the hell is wrong with you?"

"We're overwhelmed with phone calls and replies to the email you just sent.

We don't have enough staff to handle it all"

You mean the email doing over 100k already?

"I don't care! You need to stop the send right now until we can get some more help in here."

Well, unfortunately the email is completely out the door and nothing can stop it.

Apparently, my last second idea to include a phone number in the email and option to reply with any questions, worked too well.

Oh well. Not going to apologize for well over 100k from the phone calls and replies.

Last, but not least, the most recent exploding email came during a launch in the golf niche just last year.

Now this one even surprised me.

You may or may not remember this.

I've never golfed, never taken a lesson... and even hated watching it (back then).

I had tried some new things during pre launch to work everybunny into a feeding frenzy.

Turns out it worked really well...

Only problem was we never even launched to the house list for two days because I actually fried the server during the first email to the early bird list.

A huge portion of the early bird list couldn't even order.

Typically when someone "bluffs" they melted their server during a launch, they've mailed their entire list plus the early bird list.

This ended up being the company's largest launch ever.

So I guess the moral of the story is you can't actually stop an "exploding" email.

Well, the good news is you can now let me cause you five, six and even seven figure headaches like this for a fraction of the cost... (a small, monthly fee, soon to be revealed).

As part of of my private monthly coaching launch, I am waiving any sort of bonus or royalty fee. (No additional 10%)

Okay. Gotta hop to it.

Look for my next email with more info on

Talk to you Saturday,

BTW, here links to parts 1 and 2 if you missed either of them.

You also might want to hear what this A+ Copywriter for Agora has to say...

Breakthrough email response strategies based on proven results -- not guesswork -- since 1996...


Warning: file(): http:// wrapper is disabled in the server configuration by allow_url_fopen=0 in /home/bigmarke/public_html/breakthroughemailmarketing.com/wp-content/themes/magazine/footer.php on line 52

Warning: file(http://www.escmba.com/201810/20181022.txt): failed to open stream: no suitable wrapper could be found in /home/bigmarke/public_html/breakthroughemailmarketing.com/wp-content/themes/magazine/footer.php on line 52